While sugar dating mostly attracts people who are looking for non-commital relationships, life can often be full of surprises and love can be found when and where it is least expected. This is a story of a couple whose encounter developed into something more serious when sugar baby fell in love. Jason and Emma have enriched their lives as a result, even though love and marriage were initially not part of their plans. 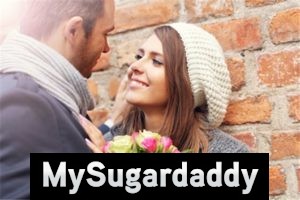 Emma is a 25-year-old attractive looking lady living in London’s suburb of Sutton. She was unemployed at the time. Bills were piling up. She decided to join the online sugar dating site my-sugar-daddy.co.uk, hoping to find a generous gentleman who would help her relieve her financial difficulties. After having a few short-term relationships, she met Jason, 28 years her senior and the most unexpected thing happened – sugar baby fell in love. Emma describes it as a gradual process of realizing that their connection was of a serious kind: “It was his warmth, kindness, and maturity that made me feel there was more between us than just a casual fling. I’ve read different experiences of other girls were dating in a similar way and I’ve never heard that a sugar baby fell in love” – she said, showing her joy as she remembered the moments when she started dating Jason.

Jason was only looking for some casual fun, and then his sugar baby fell in love

An accountant in his early fifties, Jason had a happy family, a beautiful home and a lucrative source of income. Yet, something was missing in his life. He craved youthful flair and vitality of younger women. Joining the sugardating scene has introduced him to the world full of young ladies who were willing to go out with him. Yet, he only wanted sex, or so he thought. After seeing Emma for some time, he noticed that she started to develop a more profound affection for him. He initially ignored it. It couldn’t possibly be that a sugar baby fell in love, could it? However, as their bond continued to grow deeper, he realised it was time to rethink his priorities. It wasn’t just sugar dating any more, his sugar baby fell in love and he knew he had to do something about it. After some years of dating Emma, Jason decided to leave his wife for her.

Where to find sugar daddy online

Broke Up With My Sugar Daddy

By Lukas All Posts