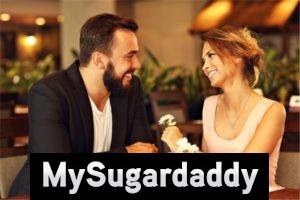 Let’s start by questioning what would make a sugar daddy believe that by sitting on a first date with a sugar baby and impressing her with a display of financial prowess would give him the right of ownership to “property” over a girl? And at what point in a woman’s life does she start believing she could be paid by simply sitting pretty on a dinner table on a first date with an unknown individual? Such accounts reported by real users can be understandably frustrating for both sides and more importantly, invasive to the boundaries of mutual respect; the first mutual benefit to be considered in such a relationship. Exchange is an undeniable need in the sugar daddy relationship but the agreement toward achievable goals is a matter to be carefully crafted and not deprived of the genuine interest in giving part of one’s self in a caring aspect above all. Now; one might ask: what is the difference between prostitution and a sugar daddy/baby relationship then? Well for one, there is a variety of  “high class escort services” websites widely available on the internet. So, one should not dispute there is if not a clear distinction between the two concepts, at least an attempt from both parties to clearly set themselves apart from one another. The number of negative headlines on the subject are a result of those who are not a hundred per cent in line with what it should really mean for two people to be in a sugar relationship.