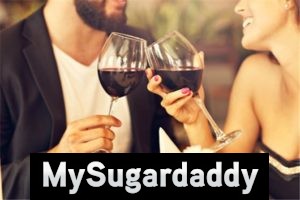 We clearly cannot condone such ancient habits or set a standard of living to our modern lives by looking at those times, as we have made gigantic steps in  the areas of human rights, in specific women’s rights (a sugar baby might disagree), politics and so many others, making it possible for modern individuals to have ever so empowering freedom of choice. But the paradox in modern society as far as freedom of choice is concerned especially in regards to sugar baby related topics is that, seemingly,  the more freedom of choice global citizens have in their hands, the more impaired they are by the judgement of society. For example, it was not until 1828 that homosexuality in the UK was repealed as a crime and it remained a capital offence until 1861. However it is widely known that the negative impact to the lives of men coming out as gay in the sports industry or the corporate world for example, is still a reality. This, despite the legal implications being today virtually non existent. Most single men would not admit to going into sugar daddy dating as a result from the moral judgement of society and fear of them being seeing as someone who can only feel confident on a date when money is involved – although in the sugar baby world this is no rare characteristic to feel proud for. The reality of it is that the sugar daddy relationship from the daddy point of view is no more than any other sexually luscious fantasy; it involves men or, less often, women who are willing to treat the baby or boy through financial means in the short to mid term. But it seems that there is a collective confusion in the air among men and women, both daddies and babies, about the The True Concept of Sugar Dating; and the implications from that side of the coin which so often cause the negative press for the sugar relationship nowadays would perhaps require a more careful look into the attitudes of the “Fake Babies and Daddies”

The sugar daddy world: Reflections on a controversial lifestyle – 1 of 4