The sugar daddy world: Reflections on a controversial lifestyle – 1 of 4 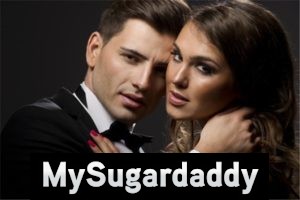 We have all read the headlines in one way or another: “Tory secretary exposed for selling sex on Sugar Daddy website”; “Hundreds of UK students have signed up to Sugar Daddy sites”; “Sugar Daddy or student Loan? – Ad campaign sparks outrage in Paris”. But why has society now shifted its focus to such a great extent to sugar babies or men who would choose to nurture their dating habits taking into account mutual benefits at the outset other than the more traditionally orthodox approach to it?

Throughout the years, most societies have long been avid high brown critics of relationship settings that are somehow not complacent with „rule abiding” standards and dating encounters which are believed to trivialize and/or banalize what is fundamental to the institution of marriage. Interracial, same sex, prostitution to name a few. However, the blatant flaw in the argument against the Sugardaddy dating from those who engage into  traditionally orthodox relationships or more precisely, those who jump on the sugar daddy shaming bandwagon is that individuals in traditional relationships can too, to a certain degree, seek mutual benefit in their quest for long term relationships; perhaps not in such a straightforward and open manner. Having said that, it is also important to stress that the “Master/Protégé, Sugar daddy/Sugar baby or sugar boy relationship is by no means a newly conceived concept but rather one originated from centuries ago.

Amongst the list of sexual/intellectual relationship in ancient greece, the erastes/eromenos was considered one of the most sought after in those times. It would usually involve a older man seeking to take part in the intellectual development of a younger boy, thus tutoring him in the realm of politics, the military, social interactions and so on. In exchange, both  individuals would engage into a relationship from which the restraint in pursuit rather than capture upon hunting of the young boy would serve as a stimulus for excellence of character and soundness of spirit. This, combined  with a balanced mind would eventually lead to other qualities such as temperance, moderation and prudence. In such way the “sugardaddy” in such relationship would position himself in society as a functional member who displayed dignity.