Sugar baby – a lesson to be learned! Ch 3 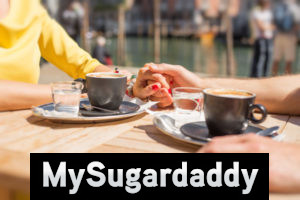 He introduced himself as Ben:

– I could not help but notice the terrible state you are in right now. Please don’t blame me if I am moved to ask if you would like to come in.

I immediately refused his offer adding I was not  up to what he thought I was, under that bus stop. But somehow, his smile and way which he invited me had already somehow given away his intentions were not the ones I first made them out to be. A good thirty minutes later we were sitting at a table having dinner, while I poured my life story away and how I had no plan B at all at that stage with an eviction notice and sky rocket University fees. As the night went by we decided to meet in the forthcoming weeks; time during which I gave in to his ever so charming way to make me feel safe and cared for. I had never felt so deservingly taken in and accepted… as though I for the first time felt I belonged as a sugar baby. Ben gave me what no other young, volatile and immature boy had never given me. He treated me as a woman. In the months ahead the deep feelings I first felt for him started fading away and I believe the first impact of being rescued by my hero had gone and what remained were gentle and tender feelings toward each other. None of those emotional changes played any part in the way he would help me put my life together and to date he is there for me. I am healthy, assertive and cared for and I had it not been for the perils I had gone through in life, I would be handling a lot heavier stuff today, only without a thick skin to withstand it. I have since then taken notice of websites such as Mysugardaddy and have met other men in circumstances slightly similar to what I just described. They have all been there for me as much as I am there for them today as a friend. There is a learning curve from all this first inadvertent introduction to the sugar baby style of life…