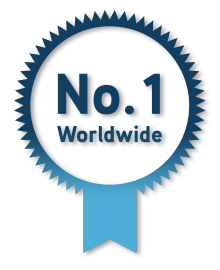 Sexual Selection and the Survival of the Sexiest

Among the animals, it is common to find specific traits that somehow make them more attractive to sexual partners. That is the case, for example, of the male peacocks and their long and colourful tails. And what if I tell you that the same is also true for humans?! Can you think about which are the characters that make a person more attractive to the others? In this article, we would like to invite you on a trip to finally understand what is the meaning behind the expression “Survival of the sexiest”.

I imagine most of you are familiar with the natural selection concept, or the “survival of the fittest”, proposed by Darwin. But to recap, given a change in the environment, the variant of a species that, at that moment, is better adapted to survive those conditions end up leaving the most copies of itself to successive generations. Consequently, the traits of this variant are the ones that will endure over time. This is how a species evolves. In this sense, it is essential to notice that it is the physical environment, and not the individuals, that determines which traits are passed on.

However, over time, scientists started to notice that some species traits persist over time. Even when they don’t seem to be that advantageous given an environmental condition. So back to the male peacock example… How come animals with such flashy tails could survive in nature? I mean, those tails are almost a welcome sign to predators!

Sexual selection is the answer!!

Contrary to natural selection, which has no purpose, sexual selection has a very clear purpose! And why? Because when it comes to mating, the individuals actively choose their partners according to their characteristics. Or more precisely, because beauty is in the eye of the beholder! So, in the end, sexual selection is another mechanism that shapes species evolution. Still, different from natural selection, in this case, it is more about the “survival of the sexiest”.

Now that we are all clear about what sexual selection is, let’s talk about how it has shaped human evolution.

When we compare humans to other mammals, we can notice some considerable differences in our bodies. Women, for example, have breasts that are way bigger than any other female mammal’s breasts. Additionally, we are the only female primates that have permanent breasts. Bigger breasts on one side do not indicate any adaptative advantage. For instance, there’s no correlation of size with milk production, for example. So it means that in the course of our evolution, ancestral men found big breasts more attractive than smaller ones.

Similarly, male humans have penises that are bigger and thicker than other male primate’s penises. Also, they do not have a penis bone as most primates do. Once again, these characteristics, in principle, do not seem to result from a survival advantage to environmental pressures. So it looks like sexual selection played a role in favor of them. And these are only a few examples of physical characteristics that we have today because our ancestors decided they were too sexy to do without.

By now, some readers might be a little bit worried, but calm down! Here is some good news for you. Sexual selection through mate choice in humans works not only with visible characteristics.

When we think about human behaviour, a lot of behaviours cannot be easily traced back to survival benefits. This is the case of a sense of humor, language skills, and other human skills such as dance, music, and arts in general. But still, they are there, and probably evolved as fitness markers that facilitate the success of individuals in the evolutionary mating game.

For example, there’s empirical evidence showing that men tend to use more lower-frequency words in romantic than in non-romantic contexts. This means that vocabulary can be used as a sexual display. The same can happen to music. In this matter, another study found evidence that during peak conception times, women presented sexual preferences for men who were able to create more complex music. So, in summary, these behavioural qualities can be considered courtship adaptations that have been favored through sexual selection.

The Survival of the Sexiest

In species that reproduce sexually, mate choice can work as a gateway to select which genes are propagating as much as environmental changes do. But with the difference that this selection is not as random as natural selection. In humans, sexual selection is even more complex because mating decisions are not taken only unconsciously. Also, they are ultimately influenced by culture. But in the end, this is a good thing for us as individuals. Want to increase your mating chances? Start by discovering what that person of interest finds sexually attractive in other people.

Do you and your partner speak the same Love Language?